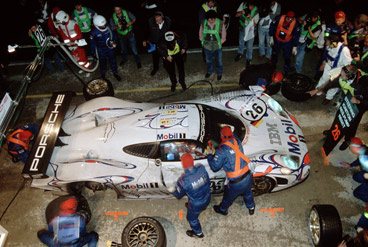 Photos and technical illustrations by the author, Kussmaul's personal collection, Porsche Archives and other sources. Over 330 throughout the book.

All stories are told by Roland of his early life and his 42 year career (36 in the racing department) at Porsche. There are no exaggerations or interpretations by the author. 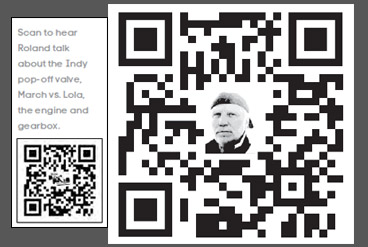 Use the QR codes in the book to view videos and listen to Roland tell stories in his own words.

There are several things that will be useful to the reader to know and understand about this book. The story is long and variable, and is largely a narrative.

This is done intentionally because there were so many projects going on at the same time throughout Roland’s career that covering one in its entirety, then another in its entirety, then another seemed laborious and not in the spirit of the way the conversations between Roland and I flowed—we bounced around, went off on tangents, and then came back to the subject, as nearly all conversations do. And I wasn’t interested in writing a more traditional biography; I don’t have the skill set to do that anyway.

So why take two years of my life to write about Roland Kussmaul? There are too many reasons to list here. But quickly, when you work with someone who is clearly at a level far beyond your own and who’s willing to share that knowledge and at the same time listen to new ideas, that’s a trait many of us are not lucky enough to encounter— especially over a long period of time. So writing this honors that decency and acknowledges his accomplishments at the same time.

I was driven only by an ambition. I wanted to tell a story about a racing engineer from a racing engineer’s perspective, because I felt there was a truth in it that would reveal itself on its own. As you saw, it was about a high level of common sense, ingenuity, hard work, and constantly improving what you have within available resources.