Retired Flying Lizard Motorsports Chief Engineer Craig Watkins plans to be on site this month at the Porsche Club of America (PCA) third annual Werks Reunion and Rolex Monterey Motor Sports Reunion signing copies of his latest book: Kussmaul Chronicles. After three decades of engineering and racing cars, Watkins joined newly established American Le Mans Series GT racing team Flying Lizard Motorsports. Over the next ten years and over 100 races, the Lizards went on to win five championships before Watkins retired in 2013, establishing himself as one of the top Porsche race engineers in the world.

In his decade along run with the team, Watkins worked closely with Roland Kussmaul, a Porsche Engineer who had been involved with developing every racing car Porsche built from 1975 to his retirement in 2008. Following his own retirement, Watkins set out on a two year quest to write the tale of Kussmaul's career and Porsche's spirit-crushing domination of sports car racing.

"I wanted to tell a story about a racing engineer from a racing engineer's perspective, because I felt there was a truth in it that would reveal itself on its own," said Watkins. "It was about a high level of common sense, ingenuity, hard work, and constantly improving what you have within available resources."

The 400 plus page book details never before shared adventures of Kussmaul's multi decade career, from the dyno at Weissach, Germany, to the dessert for the 1984 Paris-Dakar Rally, to Le Mans in the 2000s with Flying Lizard Motorsports. Filled with photos, engineering notes and interactive QR codes, the book is a must have for Porsche lovers and sports car fans alike.

Watkins will be present for signings at the PCA Werks Reunion at Rancho Canada Golf Club August 19, and the Rolex Monterey Motorsports Reunion at Mazda Raceway Laguna Seca August 20 and 21, sponsored by Autobooks-Aerobooks and Retro MotorSport Gear.

Kussmaul Chronicles is now available via Smart Racing Products and in Burbank, California at Autobooks-Aerobooks.

About Autobooks-Aerobooks
Autobooks-Aerobooks is the oldest and largest automotive bookstore in the US. It has been the best source for books of all sorts, magazines and DVD's on all subjects related to cars, motorcycles and airplanes since 1951. Autobooks is a meeting place for racers, builders, designers and collectors of every type and era of motor vehicle. It is a destination for visitors from all over the world. Located in Burbank, both a historic and contemporary center for all things automotive, it is not unusual to see famous faces walking the aisles and sharing stories.

The hardcovers are in the store and all back orders have been shipped. Work has begun on a German language version of the book which will be available at a later date.

The hardcovers are at the printer and should be in the store on or around July 1st. Richard (the book designer) and Craig decided to go with a printer in Visalia, CA that Craig could visit in person. 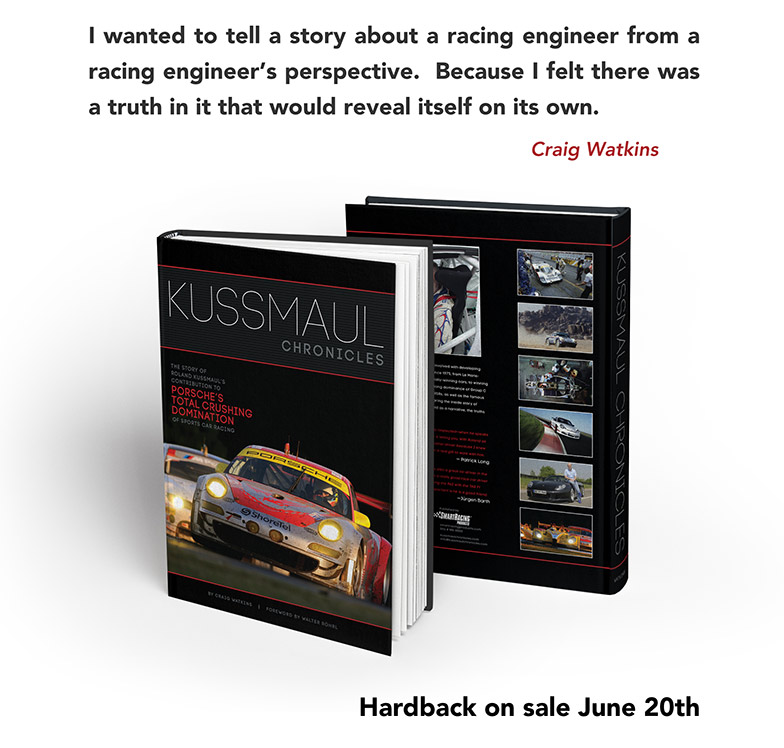 Don't forget you can get a free poster with purchase of the limited edition version of the book at the Luftgekühlt.

Craig says: The books are on the main counter where everything gets checked out so exposure will be good.

Want to pre-order your limited edition copy? Email us for details. 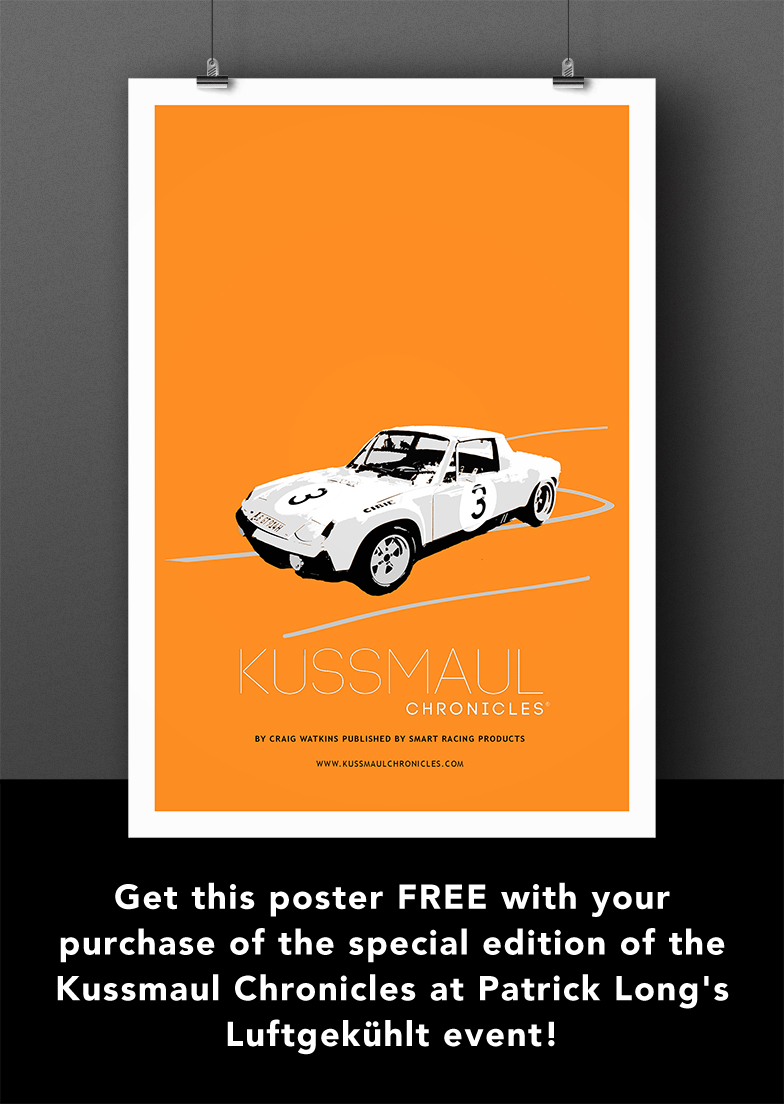 Craig says: Book release will be at Patrick Long's Luftgekühlt event in LA on April 10th - there will be a special edition book for that event only, and only 100.

The cool thing about the event is there are no invitations. If you're a Porsche enthusiast or own one, that's who will be there. They expect about 1,500 people to show up over the show, which starts at 9 a.m. at 2891 Saco Street in Vernon, CA.

Want to pre-order your limited edition copy? Email us for details. 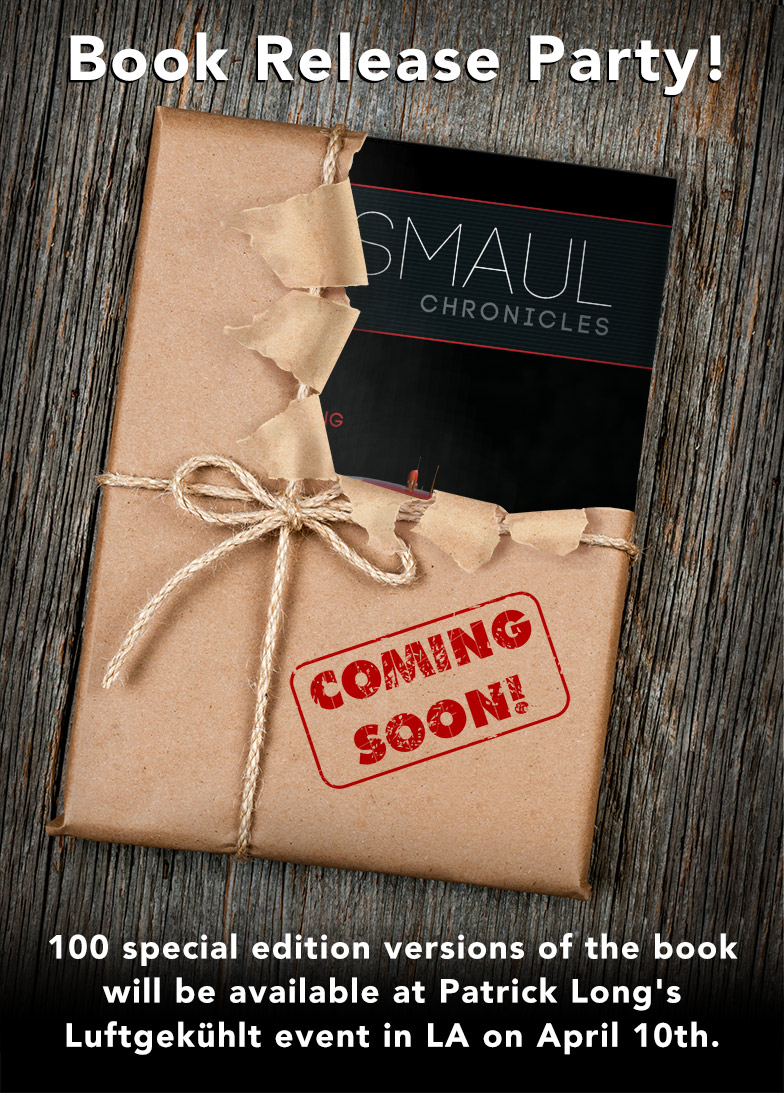 Thanks to all of you for your contributions, now and going forward. It's been a very big, collaborative effort.
-- Craig

Craig headed off to Germany for a final review with Roland Kussmaul February 17th to the 22nd. A copy of the book to date was printed at Blurb so they could review the general layout.